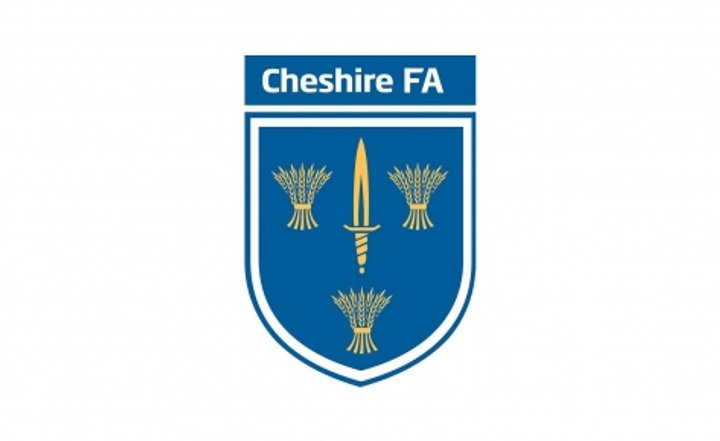 CCFA December News Letter - IN THE SPOTLIGHT: Jack Blakemore interview including Photos can be found on this Website under Information, Downloads, Articles

It gives us great pleasure to introduce this month’s “In the Spot Light” guest who comes with “A list” celebrity status in the refereeing world.

Jack Blakemore or we should say Sir Jack was instrumental in the development of referees in Cheshire having tutored FA Referees Courses on the Wirral for 34 years. Hundreds if not thousands of referees have taken a course which Jack tutored and will have benefited immensely from his unique style. Jack is without doubt amongst the best referee educators in England.

Jack’s passion for refereeing and enthusiasm to help others to succeed has seen the likes of Mike Dean and Rob Jones climb the refereeing pyramid who now officiate on the Premier League.

Jack was the Referees Liason Officer for Liverpool's Champions League campaign in 2001-02 and had the pleasure of meeting Gerard Houllier at each match. Jack looked after some of the world’s best referees at the time such as Pier Luigi Collina, Anders Frisk, Helmut Krug, Kim Milton Nielsen, Kyros Vassaras and Rune Pederson each for three days at a time staying in the best hotels in the area.

Jack can now often be found on a Saturday afternoon watching his beloved Tranmere Rovers or out watching and supporting our next generation of match officials.

A true legend with in the game.

We caught up with Jack to take a look back at his fabulous career.

Tell us about yourself

I have lived on The Wirral all my life. Worked in the Finance Department of Wirral Council but hated working with figures as they never used to answer back. Transferred to the Personnel Department for the final twenty five years before retiring in 2000. I acted as the Council’s Staff Welfare Officer and loved my job to bits helping people in all manner of areas, including persistent sickness absence in co-operation with the Unions, ill health retirements and redundancies.

Your refereeing career (where it all started, how long you refereed, what level you refereed at etc)…

I started refereeing 1963 in the Wallasey Sunday League. I was dropped as a player after missing two open goals the week before and when my team’s appointed referee did not turn up, I volunteered. I Refereed in a Millington track suit for a full season before I was handed down one of those shiny black kits with detachable collar and cuffs! Took to it right away and only finished eleven asides in 2013 when my right knee pain became too much to run through. Played on a Saturday until 1972. Managed to eventually claw my way up the ladder to reach Level 2A in what was then the Vauxhall Conference in 1985 after three seasons on the Northern Premier League refs’ list.

What team do you support?
Tranmere Rovers - Season Ticket Holder

Cup of Tea or Cappuccino?
Tea

Red or Brown sauce?
Maroon. A mixture of brown on chips, red on fish

Favourite song?
‘Leading me back to you’ by Michael Franks and Joe Sample (yes, I know you’ve never heard of either of them). Michael Franks is my all-time favourite singer and songwriter.

Talk us through your career highlights? The ups, the downs, favourable moments, funny stories, the prestigious appointments etc.

I reffed Sundays only for the first nine years, so no promotion prospects in those days until I started doing Saturdays as well in 1972. Operated on the West Cheshire League for nigh on 40 seasons. In truth, although I enjoyed refereeing in the Northern Prem and the Conference (National League) as well as in the Central League (lots of first teamers featuring in those days and at the proper grounds too) I felt more at home in the Sunday League where I could enjoy the humour and the banter more closely. At the higher levels, the players just do not want to know the referee, sadly.

The Ups included getting on The Football League line in 1984, lining in a European Cup tie in September 1987, Zenit Leningrad (now St Petersburg) versus Club Brugge and refereeing the Cheshire Senior Cup Final, Macclesfield -v- Runcorn 1988 and the Mid-Cheshire Senior Cup Final 1988 involving Witton Albion and Northwich Victoria (war in those days!).

Luckily, on being kicked off the FL line and the Northern Prem end of 87-88 for age in those days, (the only downer in my career) I was approached by the mid-week Midland Senior League to join their referees’ list. I was lucky enough to stay with them for the next seven seasons and refereed nearly 150 games, including the League Cup Final twice.

I always felt it necessary to show that I was enjoying my role as a referee by demonstrating a smile with some ‘hands up, sorry’ moments. You do not belittle yourself by apologising if you think you might have got something wrong – as long as it’s not twenty times in the same game of course!

It is not always easy to pick the right moment with the right player to engage in a bit of banter. But occasionally, when a player expressed his opinion on a decision, I would say, “look, son if I agreed with you here, we would BOTH be wrong.” Nine times out of ten it fell on deaf ears with much head scratching to be seen.

One time, in a West Cheshire second division game on Pitch 6 at Levers (my favourite pitch) I was about to start the second half and in producing my usual hands up check that each ‘keeper was ready, I noticed one goalie was on his phone. Sign language would not have suited I thought so I ran up to ask him what he was doing. “The wife’s in the labour ward at Arrowe Park Hospital, expecting any minute, so I thought I’d be a caring parent and ring up to check”. OK, I’ll hold up the kick-off a couple of minutes seeing as it’s a lovely sunny afternoon I replied and he said thanks, bud.

Tell us about your role now and what it includes?

With the virus restrictions, I have been able to cover only three games so far if Tranmere are not playing at home. One for James Wright, one for Matty O’Shea and one for Karl Buckley. Each one impressed me with their fitness levels and detection rate. None were fussy but still streetwise to players’ overreactions. The role includes doing a sneak visit to observe the referee (he/she will not know I am there) and then visiting the dressing room at a sensible time afterwards.

What you enjoy about the role?

Seeing as I absolutely loved all aspects of refereeing myself and hopefully gauged what was worth punishing and what was not, I enjoy trying to relax the referee afterwards by not mentioning trivialities they might have been worrying about. Praise first, caringly delivered advice second. There is a saying that goes… The casual onlooker sees more of the game and so I can concentrate on areas where I feel the ref could improve that they have not previously been aware of. We all learn from every experience. I remember being assessed by a ‘Gotcha!’ observer who criticised as many areas as he could, many of them pedantically so in my view. I did not argue with him. Every county FA needs to retain referees, not deflate them. I gained a lot of experience as an assessor/observer by serving the Northern Premier League in such a role from 1988 through to 2003.

Get yourself as physically fit as you possibly can without going overboard initially. Fitness in the legs and the lungs will naturally bring fitness to operate in terms of a clear head. More often than not, being out of breath results in a clouded decision, especially after a long sprint up-field. I went with Rob Jones on New Year’s Day when he refereed West Bromwich Albion and Leeds United, the two top teams in the table at the time. I asked him if he was nervous before the game. No, he replied ‘because I know I have prepared properly in terms of fitness and diet so what is there to worry about?’

Remember, rules (laws) are there for the guidance of wise people and the strict observance of fools. In other words, yes, referee within the framework of the laws rather than their strict letter, using much common sense. I will try not to mention how recent pernickety VAR rulings have ruined our enjoyment of the game. Refereeing is all about orchestrating things to help 22 players (and indeed onlookers) enjoy the game. If you were a Traffic Cop, would you book a driver for doing 30.01 mph in a 30 zone? No! Technically correct but morally wrong. Sometimes the reactions of the players give you a clue as to whether to stop the game or not. Be confident enough to go with their body language. And don’t forget to SMILE. Players do notice a referee who shows they are enjoying their job, even though they are still the boss. Encouraging words from the mouth are usually better accepted than coloured cards from the pocket.

My best friends (apart from family) have been gained from my refereeing connections. I still have friends from years back who keep in touch via WhatsApp. Even players who might have been a mild bit of trouble on the field have stayed friends. Live for the moment because believe me time passes by so very, very quickly. Keep on enjoying your role as a referee. You are blessed to have such an interest.