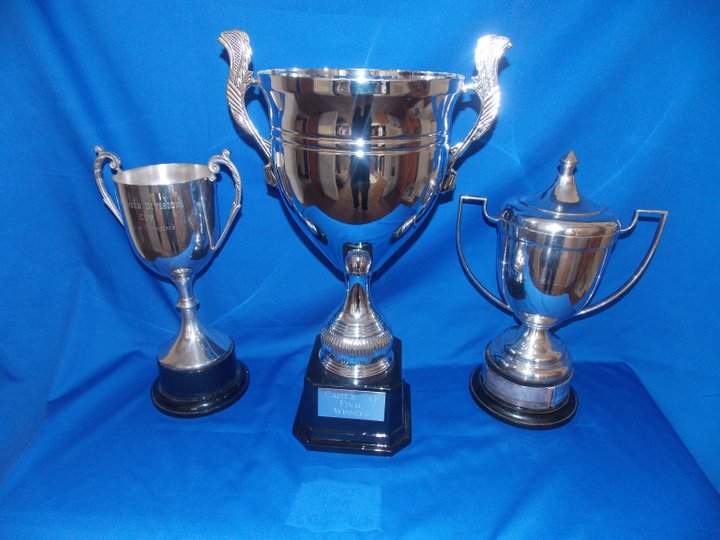 The league where very grateful that Ashville FC allowed the hire of their excellent facilities so as to stage the final of the Magee Cup which drew a bumper crowd to this the oldest competition in Sunday league football in Cheshire.

It was an historic day as neither team had been in the final before and it was the first time a female official – Georgia Lyons - had officiated the fixture in its 58year history.

As with all our cup finals, every effort was made to make this an organised and memorable occasion for all concerned and the weather certainly helped to support the work of the League Management Committee.

The game began at a swift pace and Rockpoint FC took an early lead after three minutes and they dominated for long periods of the half, but Bromborough Town made life difficult for them until just before half time when Rockpoint increased their lead to 2-0.

The second period also started at pace and Jack Cooke reduced the arrears as Town fought their way back into the game. Some poor defending though allowed Rockpoint to increase their advantage as they capitalised on two errors to take a 4-1 lead as goals from Stuart Hardman-2, Josh Hatton and Stuart Jackson did the damage throughout the fixture. Town continued to fight back and Jack Cooke notched his second of the game, but missed chances by both teams resulted in a 4-2 success for Rockpoint.

Man of the match displays earned Callum Hughes and Dion George well deserved trophies for their respective teams in a game played in good spirit and well marshalled by the match officials.

Would all spectators please remain behind the barriers at all times?

Respect for match and League officials is expected at all times!
NO alcohol or pyrotechnics to be brought onto the premises

The League Management Committee would like to thank the secretary and committee of Ashville FC for the use of their fine facilities today and express sincere wishes of success for the club for next season and beyond.

Both teams are wished good luck for this final tie and hope they enjoy the experience whilst abiding by the Laws of the Game, especially as this is the only Sunday league to have arranged cup competitions during this virus hit and disruptive season.

Thanks are expressed to the League Management Committee for their continued commitment to the oldest existing league in Cheshire and on the Wirral as their unseen work is a tribute to every team that has been a member of the league and their dedication is to be respected by all member teams who now compete in the league.

Rockpoint have already finished the season as divisional runners up and will be hoping to claim the trophy on offer today to complete an excellent campaign despite the Covid-19 affected season. Stuart Hardman has been a constant goal scorer, but ably abetted by Kyle Bennett, Anthony Griffiths, Jordan Chwalko, Dave Bowe and Paul Williams to name but a few.

Bromborough Town finished in the top four of the division and have a good record of success within the league over many years so will be wanting to finish the season with some silverware as an added bonus. So regular goal getter Jack Cooke will be hoping to find the net and he will be supported by the likes of Ricardo Pacheco, Sonny James, Joe Skinner and Luke Walker in their search for cup success.

This competition is the oldest within the league and we are all proud to be associated with the Magee Cup competition which is 58 years old.

Hoping for a trouble-free occasion are the four officials, and for the first time a female official is given the honour of taking the whistle in the prestigious final. Georgia Lyons will be supported by Wayne Sandham and Steve Turner with Dave Edwards being the 4th official. They have all provided the league with good service throughout this difficult season, so are wished the very best of luck in this final tie. All four fully understand the highs and lows of such a day and will be urging everyone to abide by the Laws of the Game.

The game will be played to a conclusion today, with the use of penalties if required.