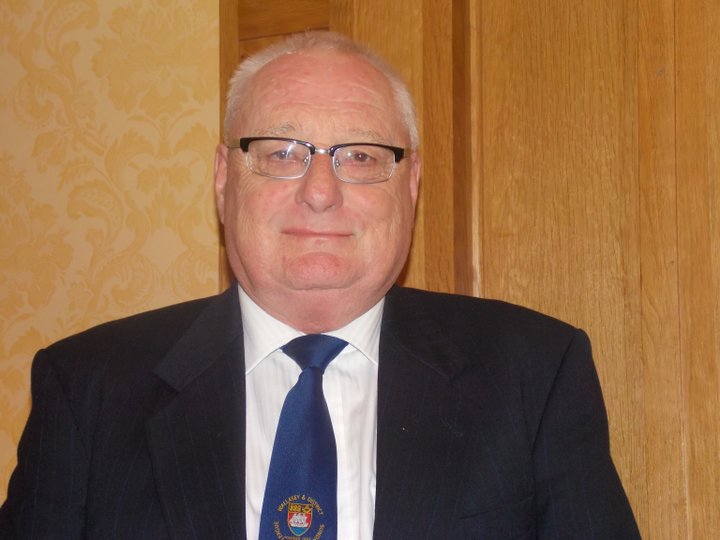 Devastating news befell the league today due to the loss of long standing member Dave Passey.

Dave has been unwell for a number of years since enduring a heart attack and suffering further internal problems that prevented him from attending meetings and he sadly passed away in hospital yesterday.

Dave had a long association with the league as registrar and LMC member and gained so many friends within local football.

His total commitment each and every season was a vital part of the LMC and his caring attitude towards everyone was fantastic.

Those teams that had dealings with Dave will remember his empathy and kindness which were allied to his commitment as league registrar.

Always amiable and willing to listen, Dave would provide advice to all that asked for it, whilst adding his own style of wit to ease tension should it arise.

To be honest Dave deserved all the respect he achieved, just for being himself.

Dave was also a dedicated family man and was proud of his children and siblings, with his wife Mary dearest to his heart and we can only pass on our sincere condolences to all his family and express our heartfelt regret at losing such a great friend.

Dave loved his football and I think he showed that to everyone who knew him, as he played for a number of teams and served on numerous committee's. He was also the registrar for the Wirral Combination League before I asked him to take the same post with our league - which I'm glad to say he accepted - and he conducted the role with supreme diligence.

He also enjoyed his golf trips and and going to the bookies - for the odd bet?

When I first met him he played for the Wallasey Rugby club darts team in Cross Lane, which must be nearly 50 years ago and he has never changed from being that confident and lovable person that enjoyed a good laugh and socialising.

His best mate Billy Harty told me once that he got Dave to sign on for the Soho Arms pub darts team in Liverpool and in his first game he scored two 180's and finished the 501 game in 10 darts!!

Outside of football Dave was an avid church goer and attended Our Lady of Lourdes on a regular basis and supported the church whenever possible.

I believe Dave will be remembered for his quick wit, friendliness, helpfulness and also his knowledge of football in general, but most of all for his total commitment to doing everything correctly in everything he did.

Dave will be sorely missed by us all, because you do not get many Dave Passey's in this world.

RIP Dave and be assured that whoever knew you will never forget you, because you were loved by everyone.